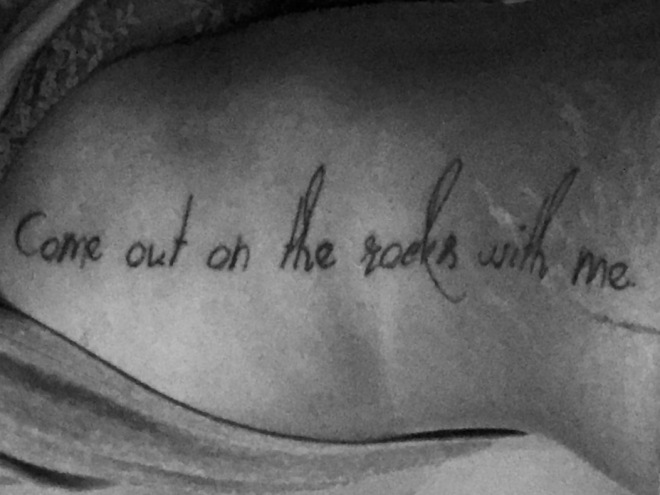 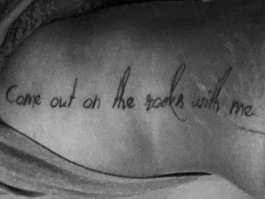 On some level I’ve been avoiding writing this post for some time. Since June, really. I do not feel about our trip to Costa Rica as I once did. Thank goodness.

When we arrived home from Costa Rica I was exhausted and ready to be home. At the time, I was disappointed. Bitter even. We had just taken the trip of a life time to one of the most beautiful places accessible to humans and I was bitter. It was not what I thought it was going to be. I mean, the country itself is breathtaking. Unbelievable. The weather. Perfect. Hot. Steamy. Stormy. Perfect for a honeymoon. What I see now and didn’t see then was that Trent and I had two completely different ideas about what would actually be going on once we made it to Manuel Antonio. I was going to be hot and irresistible in Costa Rica. And Trent was going to drink and be free.  Those two ideas of ourselves didn’t meet in the middle, initially. I realized when lying naked on the bed in the middle of our room, being as fetch as physically possible IN COSTA RICA, and my husband passed me by in search of his CamelBak that our expectations for this trip were slightly different. As per usual with us, I had a lesson to learn.

After I gather my pride and my bikini, I grabbed my own CamelBak and off we went to  explore. I wouldn’t say that I’m always hesitant but I did grow up very conscious of the consequences of everything. I’m not saying I didn’t ever taken a chances. Of course I did. I have a nearly twenty year old child – I’m 37. Yes, I’ve rolled the dice. But not like this. I knew for us to enjoy ourselves I was going to have to let go of the perfect picture I’d held in my mind of us being there and just be there. So I did.

We never saw the beach. Not the real beach. Not what you think of when you think Central America. I mean, we saw the water from our little place. The water was all around and we heard it all day and all night. We smelled it. That smell. Sweet, salty, heavy, natural. It was in our clothes for weeks after. I get a little taste of it in the back of my throat now as I write. It rained and we holed up. We drank. A lot. We woke up early and went to bed late. We laid in hammocks. I slept. He slid down steep roads through sticky mango covered asfault, out of place in the jungle. He’d leave before I woke up most mornings. Only Trent and the good people of Quepos can tell you what he really got into. Then, he was Trent. Digglesworth even. I tagged along a couple of times, hoping to help him stay out of trouble, as he was bordering on Hunter S. Thompson level-possession. “Are those bats?!” Well, it is jungle, so yes, honey. Those really are bats.

We set aside one afternoon to have a really nice lunch in Quepos at a restaurant near the beach. Lunch was great. Fish was on point. Company was better.

We decided to grab a bottle of rum at our favorite liquor store (It’s Trent. Of course he made friends with the girl behind the counter there so we had to say, often) before crossing the street to the little beach in town. It really didn’t turn out to be much of a beach at all. The tide was out so what remained sans water wasn’t necessarily as appealing as I expected. There were sketchy-ass dudes hiding in the bushes selling weed to passersby. We declined, thank you. We wondered a ways down looking for better access and fewer weirdos. Finally, a spot. Before I could even say anything to him Trent was out on the rocks in front of us, just off the beach trail. And just when I thought he wouldn’t go out any further, he’d leap to another rock, and another, and another until I yelled at him to stop. That’s far enough! If you go out that far I can’t get to you, I yelled. Hands cupping my mouth. Looking back, I can’t decide which of us looked more ridiculous in that moment. Most likely me. Concerned. Worried. Terrified. Is this the moment?! Is he going to fall off of these rocks, in Costa Rica, on our honeymoon, never even dying of cancer?! After everything. I’ll be damned. Get off of those rocks!!! Come back!!! He turned and looked at me. Saying nothing. Just looking. Too far from me to read his face, he looked back out at the sea. Know you don’t need my protection  But I’m in love can’t blame me for checking. I followed his eyes, out. Oh. Oh, I see. My breath did a funny catch and my stomach lurched a bit. I took my phone out and took the picture that would change my life. I know. At this point hasn’t my life already changed? Well, circumstances had changed, but I hadn’t. My life was just happening to me. Still afraid to make a mistake. Always guilty. Running at sixty percent, max. Living at sixty percent, max. Trent eventually made his way back to me, as my insides squirmed with fear that his descent  held his demise and I was wrong all along. He reached for my hand to help him steady as he jumped from the boulder to the ground in front of me. He smiled. He squeezed me. Told me he was fine and not to worry. I can’t be very very sure because I’m embarrassed but I’m pretty sure I was blubbering ridiculously at this point (margaritas at lunch). The drug dealers dispersed, wondering if they were safe.  He kept hold of my hand as he continued to reassure of his safety. “Babydoll. Snowflake. I’m fine. See me? I’m fine.” Well, good thing because you’re about to not be fine, sir. No car! No note! You could have died! (Always.) “But I didn’t. I’m here. Now.” With the words. Yeah, you are.

He held on to me as I began to come around a bit, and then we noticed we were being observed rather closely by a toothless old man who sat grinning, shirtless on the sea wall. We called our taxi guy as we headed back to the main road. Goodbye weird scary beach experience. I’m now glad I have more than just a mental picture of that time.

When we got back to our bungalow we got into the rum. Finished it off swinging in the hammocks on the porch, the memory of howler monkeys competing with Rihanna for our attention still lingers. If I close my eyes now, I’m swinging back and forth to the music. It’s THE moment. Everything is perfect. He’s over there and I’m over here but we’ve never been closer kind of moment. So, what about those rocks today? That was NOT awesome. “Well. What do you mean?” I mean, what if you fell off of those rocks and I have to take your body home in a pine box? How do I explain that to anyone?! How?! (I really went straight in on him. Sorry, love.) “Yeah, but I didn’t.” Uh, yeah, but you could have. “Yeah, but I didn’t.” Once more, with feeling. YEAH, but you COULD HAVE AND THAT’S NOT FAIR.  Cue tears. And I think stomping off. Throwing self on bed. Burying face in pillow. Screaming into pillow. Like, the whole thing. I stayed like that for a few minutes, then yelled out the open sliding glass door, WELL?! “Well what Adrienne?” He LOVES it when I’m dramatic, lemme tell ya. ARE YOU GOING TO EXPLAIN YOURSELF?!

And we said everything that need to be said to each other. About life. About death. But there was one question that haunts me still. “Why didn’t you come out on the rocks WITH me? Adrienne, come out on the rocks with me. Live THIS life. This one.” What. What do you mean.  We have kids, four of them and two of them are itty-bitty.  I can’t. I can’t go out there with you, as much as I want to. I have to be here. I can’t die. They can’t lose two parents. We sat there in silence for what felt like hours.  It might have been hours, time in Costa Rica was funny like that. The sun rose. We sat. Rihanna’s Barbadian lilt filtering through morning coastal air. Ghost in the mirror   I knew your face once, but now it’s unclear   And I can’t feel my body now    I separate from here and now  It’s pulling me apart this time  Everything is never-ending…

Live your life, Adrienne. Follow your heart and stop doing what other people think you should do. Stop living out of fear. Live the life you dreamed. Remember what I taught you about love. Remember what you taught me about love and teach our kids the same. You have it in you. Let it grow. Be yoga. His words mix with my own thoughts as I replay the last 24 hours over and over again. This whiskey got me feelin’ pretty   So pardon if I’m impolite   I just really need your ass with me   I’m sorry bout the other night…You light my fire   Lets stay up late and smoke a J   I wanna go back to the old way   But I’m drunk instead with a full ashtray    and a little bit too much to say

It’s up to me. To make something of this mess. This sadness, longing, despair. Make it into something. Help people. Love.

Now, I live in an in-between world of holding on, grieving. And moving on. Knowing that that’s what I have to do. But I will do so bravely and unashamed. I will always listen to her. To my still, small voice. She knows what I need. She knows God. She knows she’s never alone. I’ll follow her from now on. I will help. I’ll write. I will create. I’ll dance. I will heal. I will. Live. 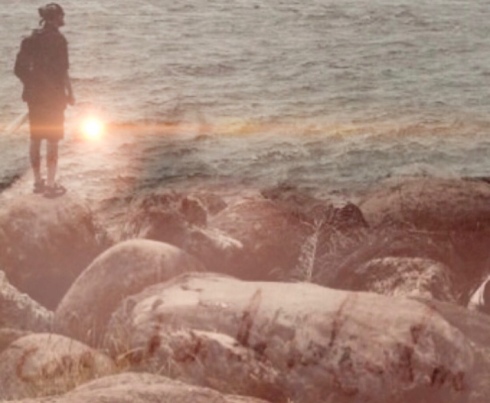 “Take your broken heart, and make it into art.” – Carrie Fisher

Thank you, Trent, for giving me life.

All italics Rihanna’s. The Anti Album. Soundtrack of my love.